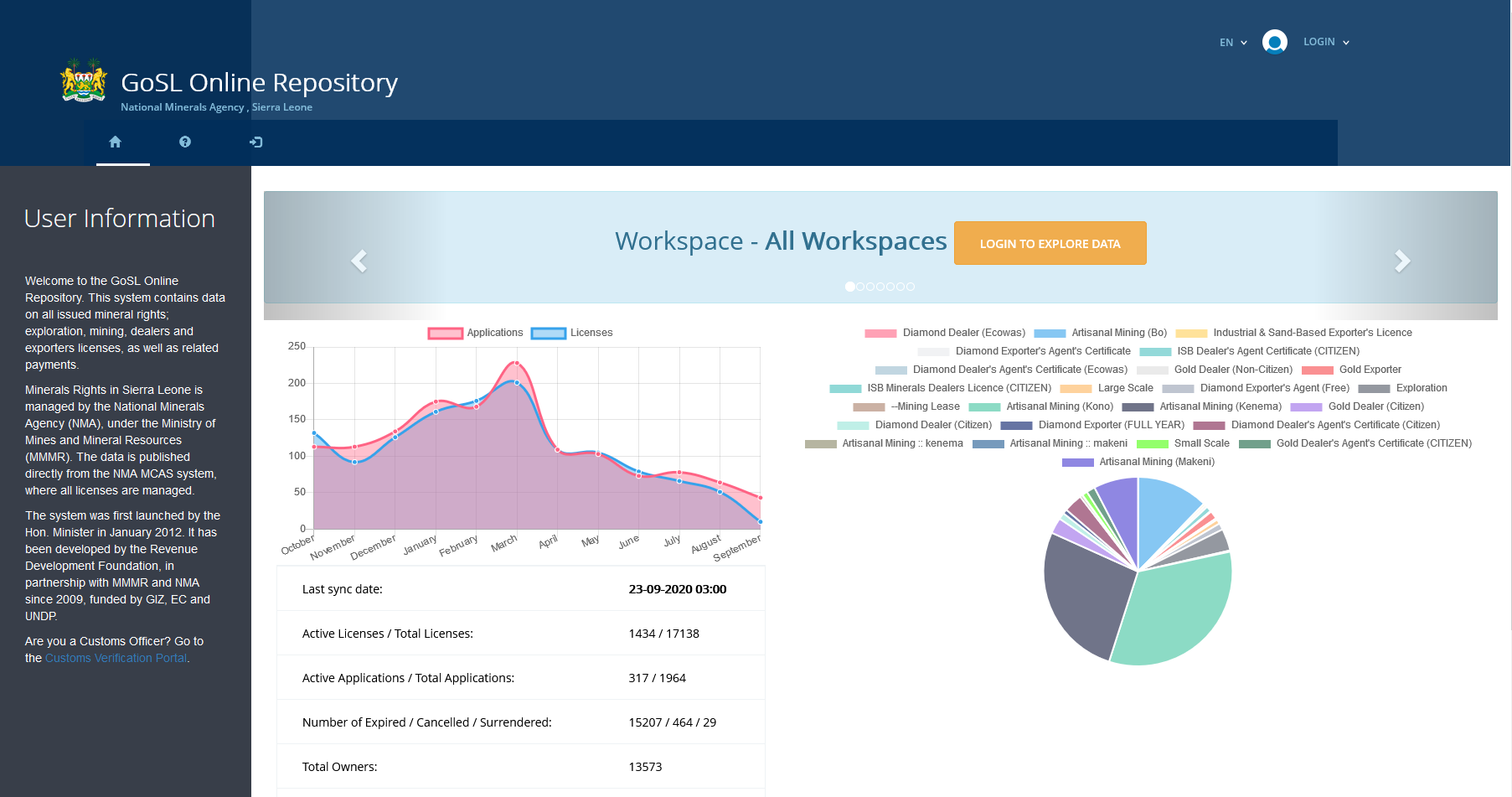 Despite COVID-19 restrictions in many of our client institutions, our Revenue Specialists continue to work and push our projects forward. Over the past months, we have adapted our clients’ systems to match their needs, some moving to the cloud to allow distance working, others moving the systems back to their local network servers, as offices re-open.

In Sierra Leone, the valuation module has now been introduced on MCAS, allowing valuations of diamonds and gold exports to be done using the system. In Liberia, several FUSION training sessions were conducted with the officials from the Liberia Revenue Authority over the Zoom platform. Similarly, in Guinea, our Revenue Specialist is working to set up online training for the GovIn system.

In this month’s newsletter, we will focus on RDF’s work in Sierra Leone with the National Minerals Agency.

RDF’s work in Sierra Leone started in 2009 with the Ministry of Mines & Minerals Resources (MMMR) and has over the years been supported by all the major donors in-country, but particularly German Collaboration (GIZ) has been a strong partner. Last year, we managed to centralize the regional office systems so that the GoSL Online Repository portal, where MCAS automatically publish data, could also include artisanal licenses. The portal systematically discloses licenses-related data, and is probably the most comprehensive of such portals in Africa.

Over the past months, we have been working closely with the National Minerals Agency to digitize their valuation and export process for gold and diamonds using MCAS. The NMA Precious Minerals and Trade Department based at the Central Bank now has access to its own valuation module in MCAS. The module allows for valuation and export certificates to be issued, including the Kimberley certificate. The certificates include a QR code, allowing customs officers at border inspection to verify the authenticity of the documents with their phones, by looking the licenses up in the customs verification portal. They have just started processing valuations and we hope that the digitized certificates are introduced in the coming two months.

Furthermore, during this period, all the agency’s forms and reports for submission by mineral rights holders were digitized in our GovIn system, which has now been embedded into the GoSL Online Repository with single-sign on authentication. In the coming months, companies will start submitting their reports online through this portal.